An API for your city

We're excited to announce that the first version of the LocalWiki API has just been released!

In June, folks in Raleigh held their annual CityCamp event. CityCamp is a sort of "civic hackathon" for Raleigh. During one part of the event people broke up into teams and came up with projects that used technology to help solve local, civic needs. 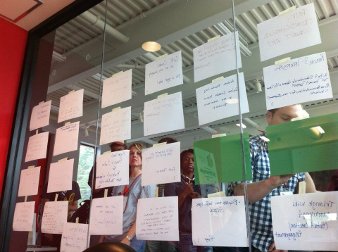 The LocalWiki API makes it really easy for people to build applications and systems that push and pull information from LocalWiki. In fact, the API has already been integrated into a few applications:

Ultimately, we hope that LocalWiki can be thought of as an API for the city itself. A bridge between local data and local knowledge. Between the quantitative and the qualitative aspects of community life.

You can read the API documentation to learn about the new API. You'll also want to make sure you check out some of the API examples to get a feel for things.

We did a lot of work to integrate advanced geospatial support into the API, extending the underlying API library we were using — and now everyone using it can effortlessly create an awesome geospatially-aware API.

This is just the first version of the API and there's a lot more we want to do! As we add more structured data to LocalWiki the API will get more and more useful. And we hope to simplify and streamline the API as we see real-world usage.