We want to let you know about some really fantastic stuff that's been happening in the LocalWiki world over the past month!

The folks spearheading LocalWiki in Tallahassee held their first two in-person CampWiki workshops. The idea behind the workshops is to introduce community members to LocalWiki, get them excited, answer questions and start building out the project. 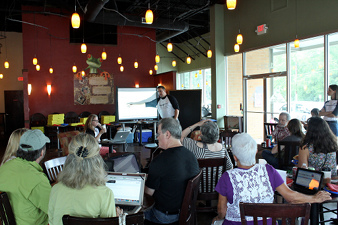 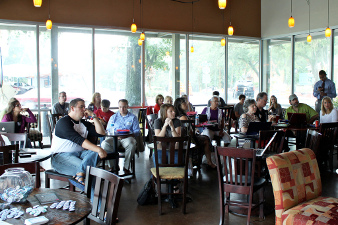 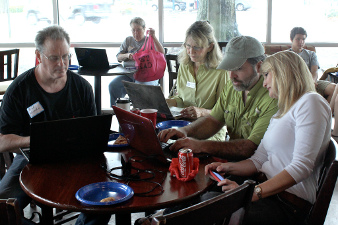 Their meetup even made the front page of the Tallahassee Democrat!

Olympia held its first little in-person LocalWiki meetup. Unfortunately, they didn't take any pictures, so here's a photo of Seth Vincent, the project leader, putting up some flyers around town! 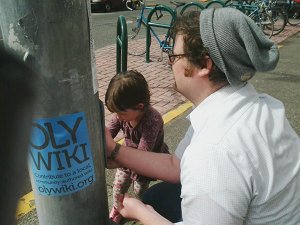 A group of really great folks have started laying the groundwork for LocalWiki in Oakland, and during the Code for Oakland hackathon on Saturday there were around 30 people digging into Oakland LocalWiki. The group was so large that it was broken into two rooms, one for helping with development / tech stuff and the other for content and planning! 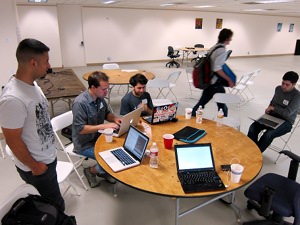 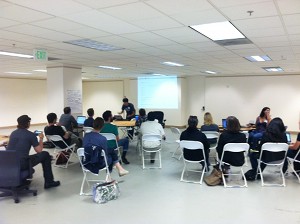 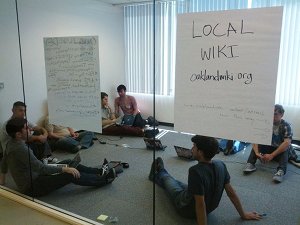 The Raleigh City Council has begun to investigate how to, in its official capacity, best work with the Triangle LocalWiki project! Here's a clip from their recent City Council meeting where Councilmember Gaylord asks city staff to come up with a report on how to collaborate with the project:

Thanks to the internationalization work done by Pedro Lima and Nuno Maltez in Portugal, there's been an increasing amount of international interest in LocalWiki. A couple of weeks ago, Shu Higashi gave a demo of LocalWiki to a group of Open Data activists in Japan. The best part? He demo'ed his Japanese translation of LocalWiki! 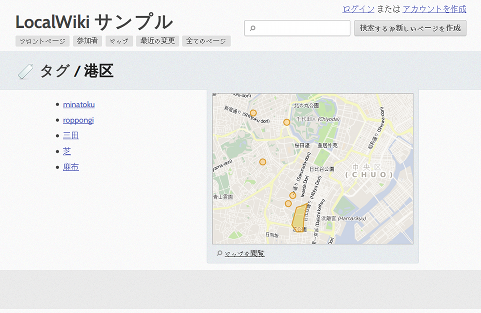 Some folks are starting up LocalWiki in Black Rock City / Burning Man! It's literally just getting started, but it's such a cool idea we wanted to share it with you! 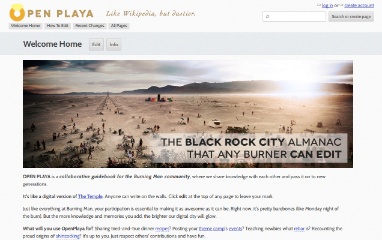 Organizing a new LocalWiki project or wanting to get started? You should join the ultra-new LocalWiki-organizers mailing list! Be sure to send a little introduction to the list after you've joined!

In no particular order, a few other interesting things that've happened over the past month: 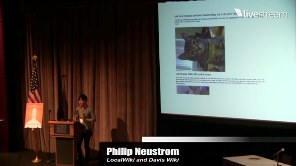 Philip giving a talk at the annual Wikipedia conference